Mixed in the box using headphones with Logic Pro X, various plug-ins and with some help from Izotope RX7.
Took a week, more than I like, could have gone further and made it better perhaps, but I got somewhat consumed :)
Went for a ‘room sound’, thinking classics but did not steer away from contemporary commercial needs and aesthetics. Watching a live band, front stage kind of feel, I think. No re-amping, deleting, copy-pasting, time manipulation, no triggering etc.
Built the mix style up on the drums. I liked the room sound and used that mainly, keeping close mics at a minimum. Relied on millisecond delays for phase alignment, for ambience, coherence and tonal blending. Cymbals could be warmer and at the back, but tried to get a more contemporary sound there and keep the high end energy. I'd like some more variety in cymbals, crashes, splashes etc. I found the room mics much better than the overheads. I did not prefer an ever present, close mic’d snare sound. Thought of a felt beater for the kick and presence in the sub region rather than the high. I used all the mics for the drums, nothing added or taken. Used Pulltec type eq to keep muddiness in control, support the base and lift the highs some.
Lead vocals have little widening/thickening with tape head motion. Tried to position it in the drum room, front of the stage, high up. Just a little echo from a 201 simulation, two plates and one room reverb. Preferred to keep the dynamics but with a front sound. I find filling in gaps with delays cheesy and overdone, so stayed away from that. By the way, I believe contrast gives value to ups and downs, blacks and whites. We do not need all loud, all bright, all black, all fortissimo. Does not makes sense to me. I wouldn't want to sit with a person that never stops talking.
Kept the choir deeper in the stage and narrower. Overdubbed vocals kept ‘natural’.
I do not like hard panned, doubled guitars. Kept the rhythm guitars natural without being dull. No effects etc, other than the stereo phaser in the intro. Just delays and reverbs were used to position them and some saturation/exciter. Did not use the DI tracks.
Made the lead guitar bright, ‘vintagey’ and back in the stage. Just some delay, plate reverb, and occasional phaser at the solo for some motion.
I liked the bass part and used it as a main driver. Used the amp sound with some high end from the DI track. Positioning it with some reverb, keeping it in the front.
I liked the clavinet especially. The organ and the mellotron were also favorites. Kept them in balance in the stereo field and tonally. Kept them mid stage and natural.
Tried to tie everything together with some mid sized room reverb and old style limiting. The mix is very loud, but quite dynamic and has some depth. This mix/master is ready for a vinyl pressing, I believe. At least that’s what I kept in mind. If it was my music, I would have made it less loud and more dynamic, less bright.
I could picture this nice song in 80s glam style or seventies classic rock. Of course it could be a very modern hard rock, with some additional kick drum and stronger snare sound perhaps. But I tried to mix it as is.
It was very enjoyable and I liked the song.
Thanks for your comments. Cheers.

This song has received 24 votes. 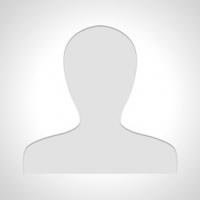 When the darkness fades

Highlands, Home Of The Brave